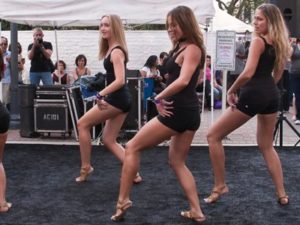 Ufff last night was awesome. Had a blast.
Me and a bunch of free flowing, success driven, magnetically attractive badasses went clubbing.
The approach that now I have with women, life, relationships, friendship and fun, allows me to view, and enjoy nightlife from a totally different perspective …
A powerful, assured, dominant way to see nightlife.
Which in this case, it reports:

A few years ago, I used to go out almost every night. Or at least 5 times a week.
Going out with friends to “pick up chicks” was my thing to do some time ago. I always felt that I was missing on something if I didn’t go out.
So, I chased the night,
Places, people, women.
Alcohol, pot, coke. You name it.
I would numb my brain and pretend I was having fun. Sometimes it worked.
And then I met my ex-wife. We would go clubbing and have a blast.
Fast forward 6 years, and I am again at the dating scene. I have the chance to do it all again.
But this time is different.
And I’ll tell you why in minute.

One of my work colleagues, who is about 10 years younger than me,
Has an incredible success with women
He’s a salsa instructor
And he bangs chicks left to right.
He has a girlfriend whom which he moved in recently

Classic Mistake. Commitment and consistency in the relationship.
The same old stupid rationale…
“Well I guess I don’t want to get married just now, so let’s move in together”
They have been in the same relationship for 7 years.
He cheats on her pretty often. She probably has done her share of cheating too.
But anyway,
Despite the fact that he is a terrific dancer,
here’s the nugget of the story:
Women love dancing, it’s the next best things to sex
Have you ever met a woman who is not into dancing ? I thought so …
They don’t exist …
So, he’s a real success with women, not because he’s a terrific dancer.
But because he Likes to dance.
He enjoys it and spends money and time on that.
He expresses himself during dancing, unapologetically. And women love a man that dances.
Because it’s a primal form of expression.
In this case of the body.
He may not be very passionate about life or anything else. He’s kind of a wuss actually – don’t tell him that I said that, lol –
But the fact that he expresses physically, is enough to drive women nuts.

Women love self expression in men.

That’s why in a band the ones who usually get more booty are the singer, and the drummer.
Because their musical expression is more tangible.
In the case of the singer the instrument is his own body. In the case of the drummer, is because the expression is the more physical of all.
And dancing is a physical form of expression
And there are not many traits that shout MASCULINE than physical forms of expression
So, I am there at this club, as I was telling you before, and there’s this 70 year old man … dancing, completely out of tempo and rhythm.
Just like an inflate dancer, the ones for advertising. 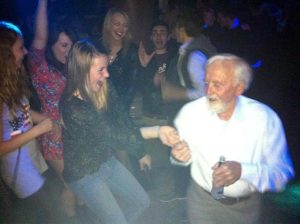 And he’s just killing it.
He’s surrounded by this entourage of younger women who are laughing and having a great time with him. And most probably he bedded at least some of them the same night.
And on this other corner, there’s this other, younger man.
Perfectly dressed, as if he was coming out of the new autumn-winter catalog. Rather good looking you may say.
With a drink in his hand covering his chest…
Just standing there.
Doing nothing.
Watching the night pass by him.
Not taking chances.
Not believing in himself.
Completely absorbed in his own thoughts.
Not giving himself to the moment.
Not sharing anything of his presence to the people on that evening.

Funny thing awareness can be.

On one side you see a person completely obedient to inner voice and validation, a person who is just enjoying his time, making a positive impression on people around him.
On the other side another person completely absorbed in his head, a person who has become a slave of external reference, relying on external validation.
On one side.
A worn out veteran, dancing out of his mind and out of sync.
On the other side
A young stud in potential.
But unmemorable, forgettable.
Unable to deliver anything because he’s not in the moment.
By his body language you may say that he’s lost in self consciousness, and hammering negative feedback back and forth.
Thing is,
Whenever you are with women,

Physically, verbally
Do not hold yourself short on this.
It’s a muscle and is one that’s hard to train.
Because Society has taught us to be quiet, to not bother anyone, to speak quietly, like walking on egg shells or thin ice.
On the very first years of our lives, we frequently listened our parents or authoritative figures:
“Careful”
“Don’t go out there”
“Don’t touch that”
“Drop that off”
“Don’t touch those mannequin’s tities”
And so on.
We have been raised with an ultra developed self contained mechanism. And for you to become the best version of yourself, the Alpha Man you were born to be,

You need to express yourself.

And to do that and considering how you have behaved up to this point in your life, you have to go way further. Much further than you may have thought of.
So, don’t avoid this, do it.
When you talk, do it freely. If you want to swear, do it.
Fuck social norms. If anybody wants to give you trouble about something just say OK, with an ironic smirk.
Your practice has to go beyond what you think is necessary in this area, so you can come to a balance.
You may want to even become that jerk, that insufferable jerk, so you can reach that balance.
Like a swing.
You can’t hit that balance until you have reached the other side of the swing.
Negative feedback can reach surface on any activity in your life, being that spoken, or physically  performed.
Be aware of that fact. But, DO NOT avoid confrontation.
Stop that polite smirk almost anybody does when encountered with eye contact.
That “nice” smirk who doesn’t do shit.
FUck Polite. Be Real.
In the Universe, there’s confrontation everywhere, embrace it.
Expression, that will fight back the negative feedback you have accustomed your brain to.