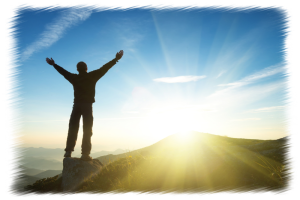 Greetings in this early  morning.
It’s still dark out there and remains a bit chill for a Spring’s day, here in the Southern Hemisphere.
You can hardly hear the noise form the outside.
Everyone’s sleep.
But the important things can’t wait.
Like goals, lemon water, and this …
Value has to be delivered

Purpose has to be followed strictly

I have a 3 hour window before this petite Colombian with a body to die for comes around to f*&k my brains out.
So there’s no time to wait.
Clock’s ticking.
Is this the best planet we got to copulate populate or what ?

Well, they say there’s water in Mars. They say Men are from Mars …
They said that Venus used to have water …Who the f*ck drained all the water in there ? 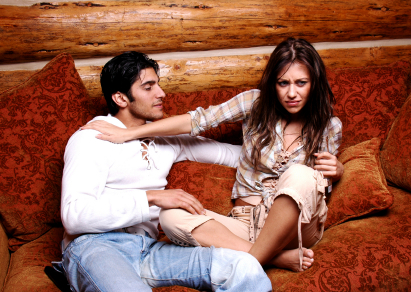 Some MGTOW would say “B*tches did it …” Because they said Women are from Venus.
LOL
I’m sure you know more than two guys, or grown up men, who behave like that.
They’re everywhere.
I say 95% of men behave like that with women
Mmmmm
Probably that stat is too optimistic.
Let’s leave it at 99% of dudes who are pouring shots at the bar, while the chick they fancy, gets away with someone who treats her like shit.
Or, if she’s not leaving with the prick there, guess who’s the inhabitant of this woman’s sexual fantasies ?
It’s mind blowing
99% of dudes out there are absolutely ignorant about females and their nature.

I am in this chat, and some of the guys there, popped in a meme.
The meme featured a screenshot of a chat between teenagers, a jilted chick and a prick. It went something like this:
Chick: You’re the worst that ever happened to me
Prick : But I fucked you
Chick: I hate you
Prick : But I fucked you
Chick: I should have listened to my best friend
Prick : hahaha That one, I fucked her too.
All of the guys who were online in this chat room started to remember ‘’their” days, when they “could” do that, the tender teenage days.
And one of the guys – who’s got a severe case of Manginitis  – started to be pretty confrontational with the other ones who were commenting, and finally he left the chat.
He was immediately put back in by the administrator, and he got bullied.
He’s not bullied as a common thing, but he gets his share of disrespect form the other guys from time to time.
He is always the one who is buying AND delivering stuff to the other guys. He’s always available. He complains and cries all over FB regularly about not having enough money to go on holidays and how bad  his financial situation is.
But he has no issues on buying his weekly stash of weed or going to whatever concert is in town.
So after some bullying and a few more stupid pictures, the subject was dropped.
He has a daughter who’s 13. 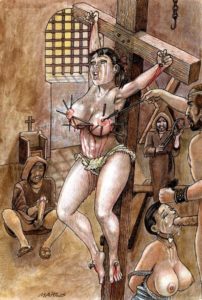 Society, from antique times, has suppressed women sexual behavior.
Has held trials against them for supposedly being bitches witches …
Condemned them to the stake and the flames.
Has even expect them to get married.
And have sex with one guy only, until death do them apart.
Inquisition bishops, priests, and the likes who judged, tortured and killed women, were men who couldn’t get laid.
Who were pouring shots at the bar.
Not really, but they were so powerful they just forced their will into sex.
And they were pretty kinky too.
And they despised women.
That was then, a complete male domination, cast and purity,  rape and ultrage. A dictatorship of losers who …

That had no game !
And their capital sin was:

Fast forward almost 500 years . . .
We live in a, some call it, “gynocentric” society, that empowers women left and right, where it’s accepted for a brod to beat the shit out of his boyfriend in public, call him names, emasculate him and all other forms that extreme disrespect is known for.
In a society that has heightens the feminine. And shames the masculine.
That represses sex, doesn’t want anyone to talk about sex, the big no-no.
But USES sex as a weapon, commercial weapon, influence weapon, mass-manipulation weapon. A society that uses sex AND marriage for  profit. 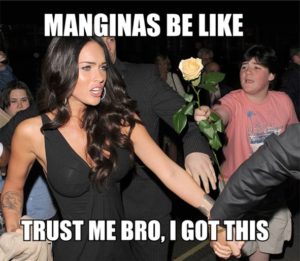 There you have girlie-men, manginas left and right, who treat their woman nice and give away their masculine power.
They don’t know this, but they will NEVER go after their dreams, with the intense work and the determination necessary to achieve them because of this mind-set.
These ones are getting pretty hammered at the bar pouring shots on a regular basis.
And then they get cuckolded.
You never see or hear anything on TV, movies or music encouraging men to follow their path, to pursue their true heart’s desire, to have vision nowadays.
You see nice guys left and right, who will date a woman for 3 months before she finally allows him to f*ck her. Three years later he puts down his knee, in a clear act of surrender, and proposes to her.
They then pursue this prepackaged combo of kids, suburbs, mortgage.
We currently live under another dictatorship, a one preached by the girlie men, manginas; where woman have all the power, that they are portrayed as dynamic, strong, independent.
Where their husbands or boyfriends are seen incompetent, lazy, foolish man, and lined up doing shots at the bar.
And their capital sin is:

We still, these days with 99% of men who cannot get laid on a regular basis, so they “settle”, with the best prospect they can “secure” and seal the deal.
Too Blatant ?
May be …
Of course there are exceptions.
But the ultimate truth is that all those man in the Inquisition and the girlie men nowadays share a common denominator.
They had and currently have no clue on how to attract women, to make women desire them, and, have no clue to what women respond to, in terms of attraction.
Because all they do is try to be logic with woman behavior.
And, as you noticed on this chat that I talked earlier, girlie men emasculate other men.
I’m not saying that an adult man should have his eyes put on a teenage girl, that’s a universal crime.
But the fact that your own congeners would try to make other men feel “bad” or “guilty” for expressing their masculinity and desire or even make SUGGESTIONS about it, shows that the swing has come too far to the other side.
From women burning on the stake, under whatever accusation, despising women as a human being——-> to make them a second class citizen ——-> to make them vote, and fully insert them in society ——-> to make them “equal” to men  ——-> to make them the main focus on every aspect of contemporary life ——-> to exalt the feminine to the highest levels ——-> to shame masculinity.
All the exact same sin:

Because they are not as attracted to looks as we are.
Because poems, flowers and being there for her as one of her female friend, but with a penis; is not what they want – even if they say so – And that’s the catch 22.
Few women will ever tell what is that makes them attracted to a man.
They may say the things they WANT in a man after he’s with her.
But they DO NOT respond to that.
My bullied friend who has this severe case of Manginitis, has troubles making a living, he has a 9-5 job and a weekend business that demands almost his entire time, and reports him more loses than profits.
Or so he complains about.
And his gf, the mother of his daughter, checks my LinkedIn profile 3 times per week. Another one Big symptom of Manginitis.
Could his financial problems be related to his attitude towards women and himself, i.e. being a pussy ? 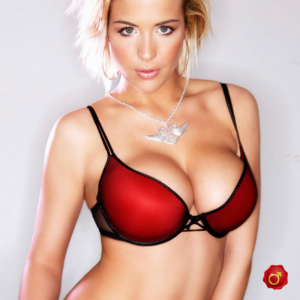 For a man to succeed the challenges in life he has to penetrate Life, with love and purpose.
And BALLS.
With a BIG throbbing boner.
With a MALE attitude. Meaning no bitching, no crying over FB, no complaining.
Life doesn’t want one night stands. Life wants you to bang her day and night, until exhaustion
Until satisfaction is served. Then the cycle repeats the next day. Yet always has to be a deep throbbing desire to bang her everyday.
SAME AS WOMEN
Otherwise Life just ignores you, keeps on throwing you more challenges, more shit tests for you to see if you’re worthy – she does want you to pass them, though  – but after so many attempts failed, she just decides to pay a visit to a better, more suitable partner.
SAME AS WOMEN
Women and Life will always challenge men. And the ones who finally get the ultimate price are the men who embrace their true nature, the masculine polarity, the penetrative, unapologetic, dominant, purposeful yang energy of the Universe.
The ones who accept and embrace the true nature of women, the immense, vast dark sea of unpredictability, passion, emotion that just wants to be possessed and tamed.
The Ying energy of the universe.

The Prescription from The Doc:

Rp.-
And as for my bullied friend, this Doctor prescribes FIRST – he needs lots of treatment – a 12  week Boxing or MMA bootcamp.
Because he will be beaten to exhaustion.
He’s going to get beat up pretty badly.
But If he doesn’t give up, right then and there he’s going to get the chance to fight back.
With the same weapons as his opponent.
And that’ll develop some character, and BALLS.
In the mean time the top 1% is going to keep banging chicks left to right.
Because we KNOW how to do that.
And in the land of the blind, the one-eyed man is King