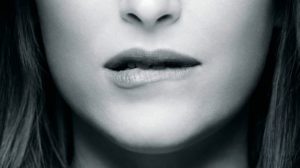 We were talking about a killer cold approach for any time you go out.
As I mentioned before, cold approaches have to be one of your tools on meeting women, because sometimes you just won’t find the woman that you’d take the time and effort to invest time in.
So, your cold approaches have to be a well oiled machine.
And most men failed at this for two reasons.
1.- They “auto” diagnose themselves as having “approach anxiety”
2.- They can’t get past the “rejection”
And once you get caught on these two habits, your chances to get rolling become close to zero.

Well there are good news. You CAN overcome them both.
Because these two became habits, we have to kick those motherfuckers out. And how you do that ? You replace your old habits for a set of new ones, more positive, more fulfilling, more rewarding.
But you need to work on those.
Almost the same amount of work it took you to install your old nasty habits in your mind.
For me, it took me YEARS. But mostly because I didn’t know exactly what to do.
For you, it won’t be that hard.
The Doc’s got your back.
Onward.
The “Approach anxiety” syndrome, comes because you DELAY the approach. 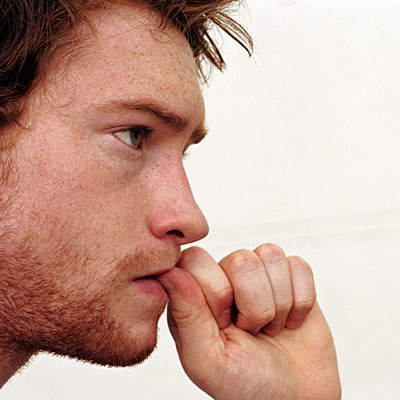 When you don’t take action the minute you FEEL this woman, you immediately start to analyze the situation from a logical standpoint.
What that does, is that your attention drifts from the biological urge to mate and starts to rationalize, or even fantasize, with her, in other contexts, or the same one you are at the moment.
From the woman point of view you become the creepy stalker <——— not good.
And as seconds pass without you taking action, the more you’ll fantasize with the situation, the more you’ll elbow your buddies … dude check that ass …
When you finally approach, IF you ever do it, you are so much in your head, you won’t have anything worthwhile to say to her.
Besides she already saw you lurking in the distance, like a menace in the dark.
Do you think she’d feel safe with you ? having a conversation just the two of you, or going to your place later on ? Not in a million years.
Especially if you are by yourself or just with other male friends of yours.
If you are surrounded by an entourage of gorgeous women, that wouldn’t be the case, but you wouldn’t be reading this newsletter if you were already a pimp, would you?
Anyway, if you are with some other female companions you still have a shot, but let’s focus on the approach when you are by yourself or with some other buddies of yours.
If that’s the case, if you are with other male friends, do the approach because you want to, because it means something to you, and because you want to keep on upgrading your skills. Not to go and “talk” to the hot babe, and then go and hi five your buddies. That’s only a lame ass validation. And that won’t count as practice to get better results.
So,

1.- Action. The Walk
When you walking towards this hot woman that caught your eye, walk with confidence.
You have to have HUGE confidence in yourself when walking towards the chick.
Imagine you just took it out of the park at the bottom of the 9th with bases full at the world series; or you are throwing your drum sticks or guitar picks to a insane audience that’s screaming your name at the top of their lungs. Or that you are getting of your private plane on a an exotic destination.
That level of confidence.
2.- Never look down

We just talked before that in order to make this work you have to, first, make eye contact with this broad.
That piercing eye contact, sly smile and the secret sauce we talked about inside The Alpha Man Lair.
While you are walking towards her, keep looking at her, with the same glance, never look down.
She will look down as she sees you approaching.
You won’t.
But Doc, what if she has a boyfriend or if she’s with some friends ?
If she has a boyfriend, you’d already know. Dude would be standing right next to her. With a boyfriend attitude.
Either way you approach, and you talk to the dude, befriend him. And then you can ask: “how do you know each other”
You get the nature of their relationship from an insider… not from your head.
The fear some men have in regards of boyfriends or acquaintances that this targeted woman may have, comes from cave times. Back in the day, if you’d do that, chances were you would get hit in the head with some rock or whatever.
Your life would’ve been in jeopardy.
Not the case these days.
Women with boyfriends and strict parents and all love it when a confident and assured man approaches. They get a huge ego validation. 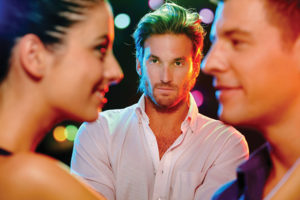 May be her boyfriend won’t like that.
But that’s his problem. <——— I may get a lot of heat by saying that, but the thing is that if you WANT a girl who has a boyfriend – unless the dude is YOUR friend also, and in that case there are other codes that apply – I really see no problem on you pursuing what you want <——— which is the mark of any man who has huge amounts of self love and respect for himself.
If you think that you are a better man for that chick than her current boyfriend, NEGLECTING your desire will be more harmful for you than a supposedly “clean conscious” on the long run.
For a woman there’s few things bolder in a man that approaching her when she’s with other people, and the man who’s doing this is standing alone.  <——— big points for you.
Onward.
Touch her BEFORE you speak to her.